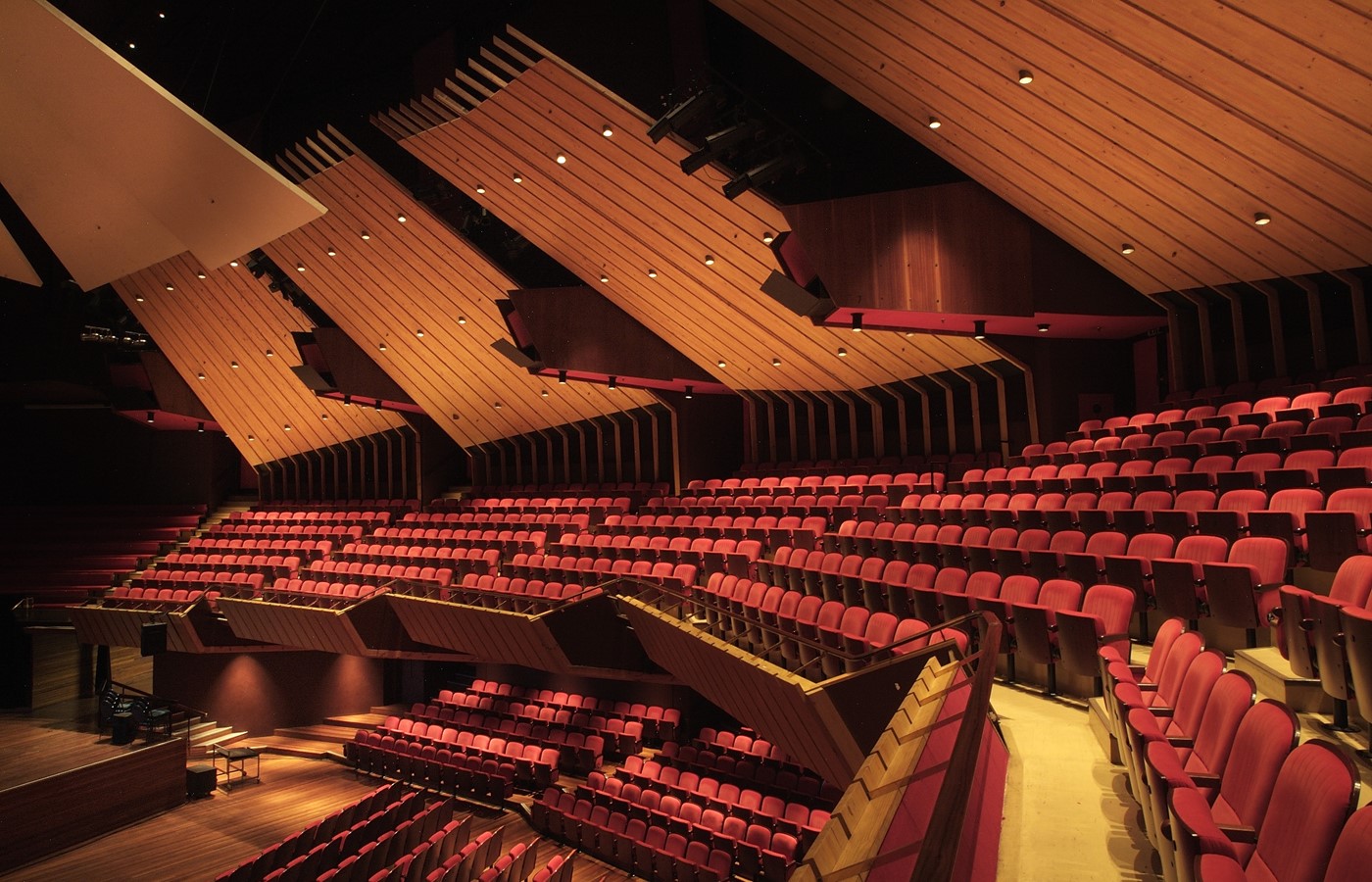 The Christchurch Town Hall is closely bound up with advances in understanding concert hall acoustics in the second half of the 20th century.

A full account of these events, particularly regarding the importance of lateral reflected sound, will be found in the recent publication "Spatial responsiveness in concert halls and the origins of spatial impression." by A H Marshall and M Barron Applied Acoustics 62, (2001) 91-108.

The design itself was the product of an architectural competition in 1966 and the hall opened in 1972.

The concert hall is a faceted elliptical cylinder with a balcony cantilevered from each of the facets. Each facet gives rise to a set of reflectors which has the dual function of preventing the focussing and controlling the early reflected energy in its delay and direction. This ensures that every seat has audible lateral reflected sound and an optimum clarity and reverberance. The stage centre is at one focus of the ellipse.

The most striking features of the space are the large oblique reflectors which spring from the walls just above head-height in the balconies. Unlike rectangular halls in which the reverberant room boundaries also generate the reflections, these principal surfaces direct the early reflected sound to the audience independent of the reverberant volume. The resulting coupled volumes produce the exciting combination of high clarity in the presence of an ample reverberation time for which the hall is famous. Ensemble reflections for the stage are provided by overhead surfaces on hoists.

It has featured in every major room acoustics text in recent years. The design and associated research was carried out by Professor Marshall before the establishment of Marshall Day Acoustics, however, the same values of responsible innovation are present throughout the company. 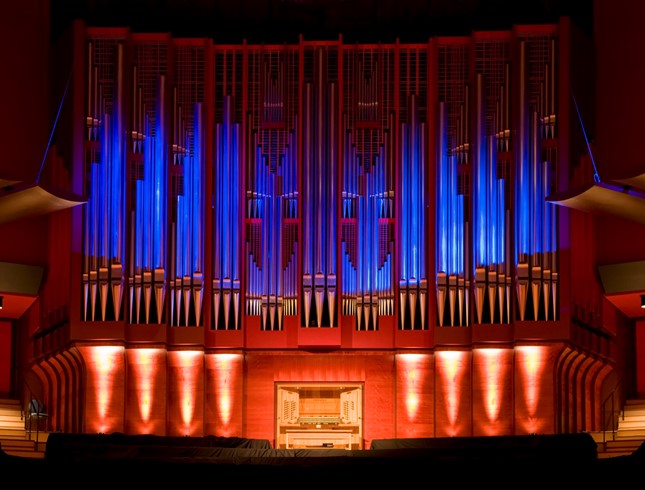 The hall was re-seated and completed by the construction of a Rieger pipe organ in 1997. In October 2012, writing in support of saving the Town Hall following the 2011 earthquakes, Dame Kiri Te Kanawa said her career had taken her to concert halls all over the world and the town hall was "right up there" with the best. "I have performed in the Christchurch Town Hall several times and each performance left me with a sense of pride about the wonderful town hall concert environment and the excellent acoustics," she said.

Marshall Day Acoustics was engaged as part of the restoration design team. Our primary objective was to ensure that the restored hall maintained the acoustic quality that has set the benchmark for many halls over the past 40 years. The rebuilt Christchurch Town Hall opened in March 2019.

RNZ marked the occasion by recording an interview with Sir Harold Marshall regarding it's design. Listen here.

'...the Town Hall was the first room to be designed using the sound from the sides theory [and] it is renowned for its good acoustics. After Christchurch, ... rooms designed to promote good lateral reflections have met with success.'